On the flight trip to Cairo-Giza from Sharm El-Sheikh, you see the three great pyramids of Giza and the Great Sphinx. Then, we’ll have lunch. After lunch, you can visit the Egyptian Museum in the city of Cairo. It has about 100 exhibition halls in this museum, where there is a unique collection consisting of about 150 thousand items. Then, we will have a stop at the oil factory, where everyone will buy souvenirs. By the end of the excursion program, we can make a boat picnic on the Nile River.

It is a long-awaited trip to Cairo from Sharm El Sheikh by plane, Egypt! We recommend the trip because it allows tourists to see the most impressive sights. Besides, they get a portion of the history of the country. This trip heads to the great pyramids and the Sphinx at Giza. Also, it goes to the Egyptian Museum in Cairo, as well. Passengers on the trip will make this long-awaited trip by plane without losing much time. ONLINE BOOKING CAIRO TRIP SHARM EL SHEIKH PLANE AND BEST PRICE!

Highlights on Cairo Trip by Plane from Sharm El Sheikh

What does Cairo/Sharm El Sheikh Flight price include?

What does not the Program of the flight trip to Cairo include?

What to take with you for the trip

What is Expected to See during the Cairo Trip Sharm El Sheikh Plane?

Show reviews in all languages (3) 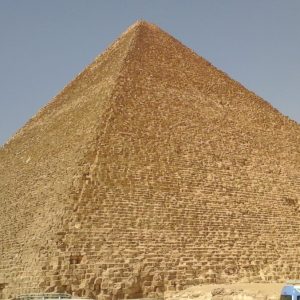