On the entertaining excursion Aquarium in Hurghada, you visit the largest aquarium in the city _ Grand Aquarium. Taking into consideration, this is not just an aquarium, but an entertainment centre consisting of several sections: aquariums, outdoor pools, and an outdoor zoo. The place is provided with 3D effects, cafes, restaurants and an educational centre. The trip price will include transfers and an entrance ticket.

A fascinating, entertaining excursion to the giant aquarium in Hurghada – Grand Aquarium! Fundamentally, we recommend the trip because it allows tourists to see the largest aquarium in Egypt. Also, this place has a small zoo that exists inside! Indeed, this tour will provide fun and entertainment activities to you and all the family. ONLINE BOOKING GRAND AQUARIUM TOUR HURGHADA AND BEST PRICE!

Program of the Trip to Grand Aquarium

It is worth mentioning that there are six sections in this place and a restaurant and a cafe. The following is an indication of these sections:

What does the Price of Grand Aquarium Tour Hurghada Include?

What does not Program of Grand Aquarium Excursion Hurghada include?

Hurghada is one of the cities located in Al-Bahr Al-Ahmar governorate on the Red Sea coast. The Egyptians built the present city of Hurghada in the early 20th century. Until recently, it was a small fishing village with a small population. Since the 19th century, Egyptian and foreign investors have continually enlarged the city. Therefore, it became the leading coastal resort on the Red Sea. Indeed, the discovery of oil in this area in 1913 enhanced its rapid development. Although, its actual production and export only began in 1921 under British oil magnates.

Grand Aquarium is the largest aquarium in Hurghada. It is not just a simple aquarium, but an entertainment centre consisting of several sections: aquariums, outdoor pools and an outdoor zoo. This aquarium is equipped with 3D effects, cafes, restaurants and an educational centre. 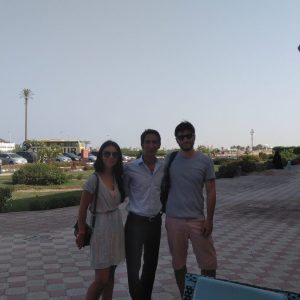