Home » Preparation for Transfer of the Khufu First Boat 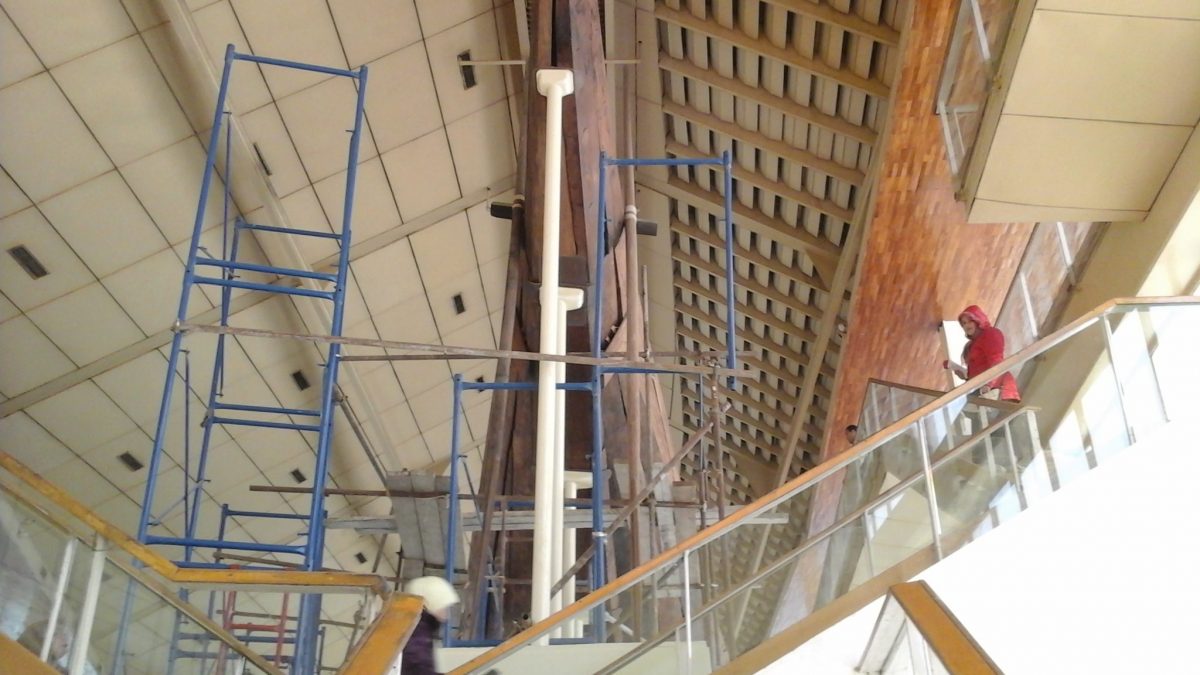 They discussed the latest archaeological and engineering procedures and equipment needed to conduct a final simulation experiment to transfer King Khufu’s first boat from its current location in the Giza Pyramids area to its permanent display at the Grand Egyptian Museum during the next few weeks.

The discussion came during a meeting held on the morning of 17.06.2021, chaired by Dr Khaled El-Anany, Minister of Tourism and Antiquities, with Major General Atef Moftah, supervisor of the project of the Grand Egyptian Museum and the surrounding area, Dr Mostafa Waziri, Secretary-General of the Supreme Council of Antiquities, and Dr El-Tayeb Abbas, Assistant Minister for Archaeological Affairs at the Museum. And several museum leaders to follow up on developments in the works at the Grand Egyptian Museum.

The meeting also discussed the latest developments in the archaeological and engineering work in the museum and the file of providing and operating services there.

Major General Atef Moftah, General Supervisor of the Grand Egyptian Museum, explained that this is the first experiment in a series of experiments that the engineering and archaeological team from the museum, in cooperation with the Supreme Council of Antiquities, will take to ensure the safe arrival of the boat.

Also, he pointed out that the transfer process will be carried out by an intelligent remote-controlled vehicle specially brought in from Belgium to transport the ship in one piece after protecting and securing it while moving.

He added that the experiment aims to test the efficiency of the vehicle and its endurance capabilities during the process of moving on the various axes of the roads up and down, in addition to knowing the extent of its ability to manoeuvre in curves and height differences of the streets. It carries weights similar to the importance of the boat, and a model of its protective metal structure, with the same length and width.

Major General Atef Moftah stressed that the experiment proved its success and the ability and efficiency of the intelligent car to complete the transportation process successfully, as the car’s balance. Also, they fully ensure the safety and stability of the metal structure while walking and on curves and the efficiency and security of the roads.

He said that the boat had been separated from the current museum building. After completing the remaining engineering works, the ship and the metal structure have become part of the preparation for the final transfer process.

1 thought on “Preparation for Transfer of the Khufu First Boat”