On the two-days trip to Old Cairo from Hurghada by modern bus, you see the three Pyramids of Giza and the Great Sphinx. After a delicious lunch, you typically visit the Egyptian Museum. The second-day program will normally provide you with numerous visits to Old Cairo – the Citadel of Saladin and Khan El-Khalili Bazaar. The trip price includes transfers, accommodation and entrance tickets.

It is a beautiful two-days trip to Cairo from the resort of Hurghada, Egypt! We recommend the excursion because it allows tourists to see the most impressive sights built during Ancient Egypt and the old part of Cairo. It lets you learn a lot about the history of the country! ONLINE BOOKING CAIRO OVERNIGHT TRIP HURGHADA – OLD CAIRO AND BEST PRICE!

Highlights on Overnight Trip to Cairo from Hurghada – Old Cairo

Program of the Two-days Excursion to Cairo

What does Cairo Overnight Tour Hurghada – Old Cairo price include?

What does not Cairo Overnight Excursion Hurghada Program include?

What is Expected to See during the Cairo Overnight Trip Hurghada?

Show reviews in all languages (3) 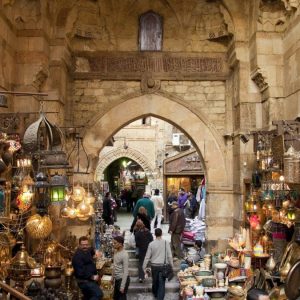