On the guided trip to the valley of the Queens from Hurghada, you see the Karnak Temple and perfume hall. Then, you will enjoy lunch. After lunch, you will make a boat picnic across the mighty Nile River to reach the Wester Bank of Luxor. Also, you will disembark on Banana Island. In the western part of Luxor, you will see the millions of years temple of Amenhotep III, or what we call Colossi of Memnon. Then, you will stop at the local Alabaster factory, where all comers will be able to buy souvenirs. After that, we will visit the Valley of the Queens, where you will see three tombs. Ultimately, you will head to the Temple of Queen Hatshepsut.

ONLINE BOOKING VALLEY OF QUEENS LUXOR EXCURSION HURGHADA AND BEST PRICE! It is an extraordinary excursion to Luxor & the Valley of Queens from the resort of Hurghada, Egypt! We recommend the trip because it typically allows tourists to discover a significant number of ancient Egyptian attractions and learn about the country’s history.

What does the Price of Luxor & Valley of Queens Excursion Hurghada Include?

What does not the Program of Valley of Queens & Luxor Excursion Hurghada include?

What is Expected to See during Excursion Luxor & Valley of Queens from Hurghada?

Monuments in the eastern bank of River Nile

Monuments in the western bank of River Nile

Show reviews in all languages (4) 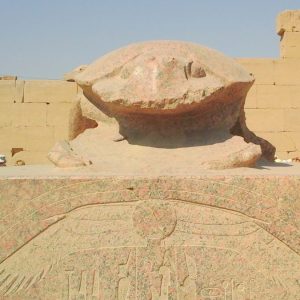 You're viewing: Valley of Queens Luxor Excursion Hurghada £60.00
Rated 5.00 out of 5
Add to cart
%d bloggers like this: